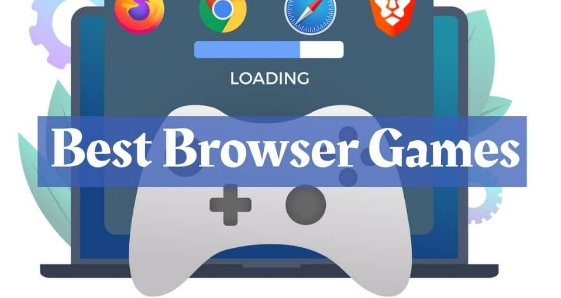 7 Best Browser Games To Treat Bored Work, Try it!, even though it’s not as popular as it used to be, web browser games still stick in the minds of gamers. In its time, web browser games became one of the best, where many people chose it to overcome boredom.

DarkOrbit: Reloaded or commonly known as DarkOrbit, has garnered a lot of fans since it was first released. Launched in 2006, in this game, the player controls a spaceship and battles against NPC characters or other players, via multiplayer mode .

This game doesn’t have much to offer, but for a free-to-play and multiplayer browser game , it’s more than awesome. If you like space-themed games and want a competitive game, this game is worth a try.

For those looking for a game with a more traditional essence, there’s War Brokers – a traditional first-person shooter game , with all the good things the FPS genre has had in recent years. Although not as grand as popular FPS games like Call Of Duty and Battlefield, War Brokers still has the quality of the FPS genre that is half-hearted.

This game was worked on carefully for the size of a browser game . From guns to missiles to tanks, War Brokers offers the fun of the FPS genre generally found in the bigger games.

3. Kingdom RushKingdom Rush is a classic flash game , which has been around since 2011. It carries the tower defense genre with an interesting medieval setting.

Players have a mission to build towers or buildings – consisting of Mage , Archer , Barrack and Artillery – to defend the “defense point” that is being attacked. This game is fun and requires strategy to be able to finish it well. In addition to the browser , Kingdom Rush is also available on many platforms and has many sequels to date.

4. Tequila Zombies 3Tequila Zombies is an excellent browser game from a Russian developer – IriySoft. The main objective of the game is simple, where players are tasked with killing zombies and drinking tequila. Tequila Zombies 2 also has gameplay like a side-scroller 2D arcade game , complete with a small life bar at the bottom.

The player controls the character via the keyboard and uses the mouse to attack the zombies. This game doesn’t have much to offer, other than being free to play and reminiscent of the heyday of arcade machines .

5. Agar.ioAgar.io was released in 2015 and quickly became one of the most phenomenal browser games. Apart from being educational, this game is also fun with players controlling a cell that is described as being in a petridish (a flat round cup commonly used in laboratories).

The task of the player is quite simple, which is to eat other cells and become the biggest among the others. However, players also need to avoid larger cells to stay afloat. Agar.io is overall simple, but addictive at the same time.

6. The Wiki GameThe Wiki Game is another fun browser game that takes technology and turns it into something more interactive. In this case, the technology used is Wikipedia.

How to play this game is actually simple, but not easy to complete. Players will be given a Wiki link and must reach that link via as few hyperlinks as possible. Although it sounds silly and ordinary, in fact The Wiki Game is able to offer quite fun gameplay .

7. Slither.ioSlither.io was officially released in 2016, and just like Agar.io, grabbed a large number of players in a relatively short period of time. This game is basically identical to Snake – the amazing arcade game that was popular in the early era of modern cell phones.

With a mix of Agar.io and Snake, the main mission of players on Slither.io is to eat small worms to grow, become the biggest and win. To develop its popularity, Slither.io was also released on mobile platforms, namely iOS and Android, with an offline option against AI enemies.

That was the review as well as recommendations for the 7 Best Browser Games To Treat Bored Work that you can play. All the games above are free, but you need an internet connection to play them.